1995
The Golf 3 Cabrio is released, priced at $46,000 for the manual and another $2,000 for the automatic version. Like the last Mk1 Cabrios, the fabric roof is power operated. It proves very popular and soon there is a 3-month waiting list.

The Golf VR6 is updated by adding a âspecial editionâ range of new bright colours â red, blue, green, yellow and black. These limited editions are called the âColour Conceptâ. Only 20 examples of each colour are imported. The price of the VR6 Golf is reduced to $46,540.

The new B4 Passat GL is released; the first time the Passat is available for general sale in Australia since 1981. It is available with a choice of 2.0-litre four or 2.8-litre VR6, and either manual or DSP automatic. Prices range from $38,990 up to $50,090, the first Australian Volkswagen to pass the $50K milestone.

Gene Berg returns to the VW Nationals, together with his wife Dee and son Gary. With sponsorship from Vintage Veedub Supplies, they bring out their famous black 1967 drag race Beetle. This car sets a new Australian SS/C national record of 10.379 sec at 203.93 km/h (126.72 mph) at Willowbank in Queensland, driven by Gary Berg. 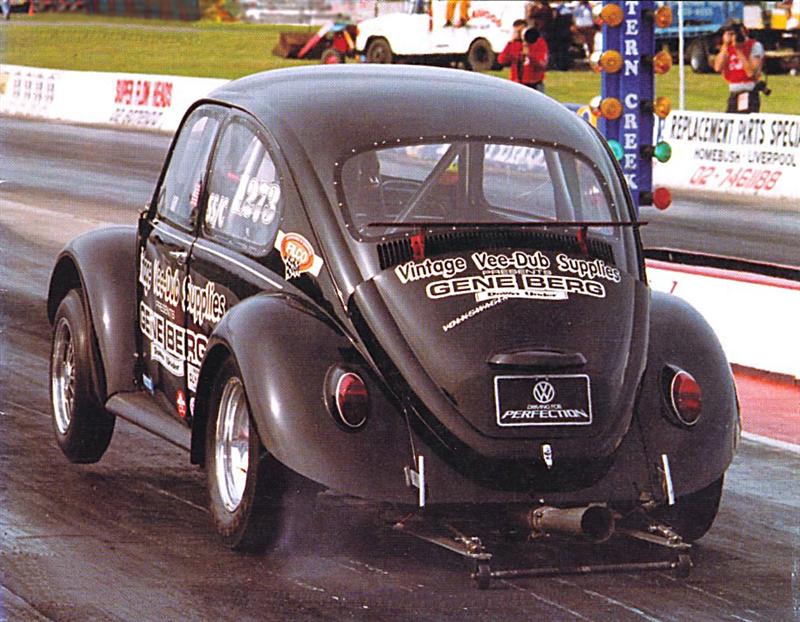 Volkswagen doubles its sales and passes Audi on the Australian market, for the first time since 1981, and is now 18th.

1996
TKM creates and publishes the www.volkswagen.com.au website, bringing the Australian Volkswagen business onto the internet for the first time.

The budget Golf CL is also introduced, with a 66 kW 1.8-litre engine, and retailing for $26,990 for the manual, or $29,090 for the auto. Options such as air conditioning, ABS and metallic paint is available if desired.

Australian VW enthusiasts are sad to learn of the death of Gene Berg. The perpetual âGene Berg Trophyâ is established for the fastest street-registered VW at future Club Veedub-sanctioned Australian drag race events.

VWâs welcome upward trend continues, as car sales grow another 29% (and including Transporters, by 23% overall). VW overtakes Peugeot and moves up to 17th place on the car sales ladder.

Club Veedub Sydney creates their own website, clubvw.solweb.com.au, one of the first Australian Volkswagen clubs to do so and the first with their own domain name.

Bruce Meyers and his wife Winnie visit Australia and attend the VW Nationals. Bruce was the American inventor of the Meyers Manx dune buggy in the late 1960s.

The Polo GL is an instant hit in Australia and the first four shipments are sold out, leaving a 3-month waiting list. As a result, the unpopular Vento, the booted version of the Golf, is discontinued.

The B4 Passat is discontinued. The new B5 Passat is shown at the Sydney Motor Show but is not due for release until the new year.

The Caravelle is upgraded with a redesigned nose, âplusâ suspension, rear discs, new colours and trim and choice of a 103 kW VR6 engine. Syncro options are also available, with 2.4-litre diesel or 2.5-litre five-cylinder petrol engine. The base Transporters are also updated, with four-wheel disc brakes, driverâs side airbag and revised nose. The Transporter has its best local sales year since 1976. 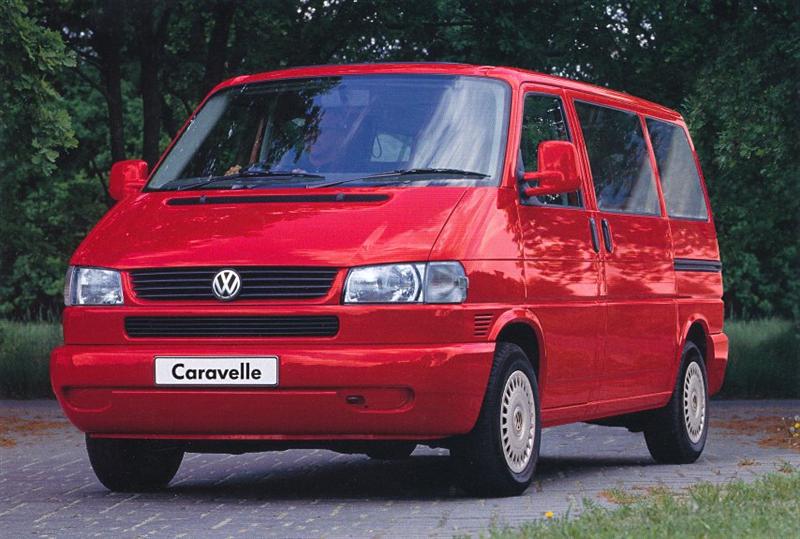 One example of the LT van is also displayed at the Sydney show, pending a possible Australian release later, but the LT does not go on sale (yet).

VWâs local growth continues, and thanks to the successful Polo VWâs car sales increase by an amazing 80.6%. The Golf permanently overtakes the Transporter as Australiaâs most popular Volkswagen in annual sales. VW overtakes Saab and Volvo to move up to 15th place in new car sales.

1998
Australiaâs biggest VW show, the VW Nationals, is moved from Parklea to a new venue at the Fairfield Showgrounds. The show area is completely undercover, so any rainfall does not affect the show. Traders, swappers and show cars are all together, not in separate buildings, and the food and drink facilities are much better.

The Polo range is expanded with the Open Air, full-length electric sliding roof version. Three colours are available â Flash Red, Fjord Blue and Bright Green. Priced at $22,090, the Polo Open Air is only $1,500 more than the usual hardtop version. Likewise, the Polo Trek model now comes with a free Trek 4500 24-speed Mountain Bike as standard, which is roof-mounted via a special roof rack and bike mounting system. 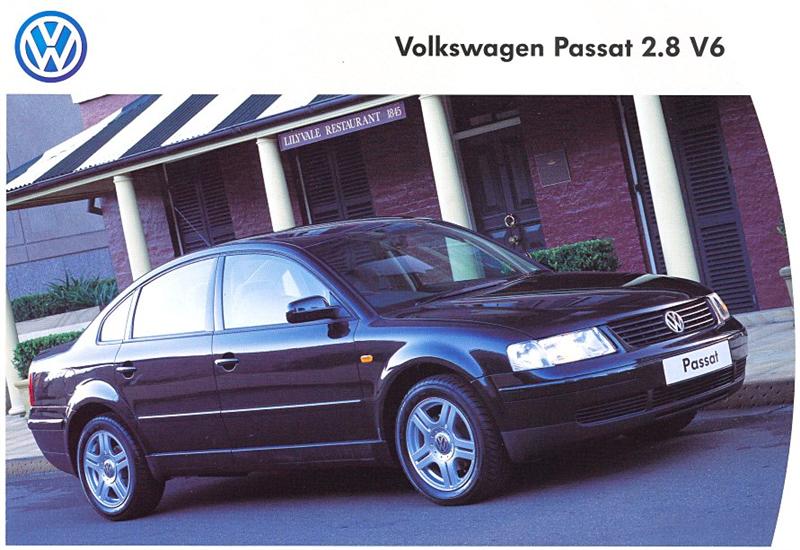 Strong sales of the Polo, Golf and Passat see VWâs car sales increase by another 20.1%, VWâs sixth year of growth in a row. VW overtakes Suzuki to move up to 14th place in car sales.

The New Beetle is displayed for the first time, in yellow left-hand drive form, at the Sydney Motor Show. Inchcape anticipates great public and press interest in the New Beetle, but it gets completely overshadowed by the Holden Commodore Coupe prototype at the same show (later to become the Monaro). No plans for local release of the New Beetle are announced.

The VW âW12â $200,000 supercar is displayed at the Melbourne Motor Show. This car never makes production and is destined for the Wolfsburg museum, but its engine is later used in the Phaeton (never sold in Australia).

The booted Golf 4, now called the Bora, is released. Two versions are offered: the 85 kW 2.0-litre four, and the unique 110 kW 15-degree V5, the first five-cylinder VW sold in Australia (not including Audis).

The New Beetle display at the Sydney Motor Show is expanded. Pre-release right-hand drive models are shown, with plenty of promotional material available and an extensive accessory list prepared. Release is planned for the new year.

The NSW Ambulance service buys 65 VW T4 Ambulances, locally converted with tall fibreglass roofs and twin sliding doors, for $4 million. They are found to be too narrow and cramped, and unsuitable for front-line duty. They are eventually replaced by larger Mercedes Sprinter vans (as the equivalent VW LT is not available in Australia).

Inchcape stops importing the VW-owned SEAT brand of vehicles into Australia. Sales have been disappointing. The SEAT business is closed down. VWâs sales drop slightly thanks to a small recession and a slump in Transporter buyers, but VW still overtakes Daihatsu and takes 13th place on the new car charts.