Davidâs Beetle was his 16th Birthday present and we sort of share it (and a Nissan Skyline) until my new bug is finished. My new bug is a similar model, so itâs good to live with this model, having never owned an L-Bug before. 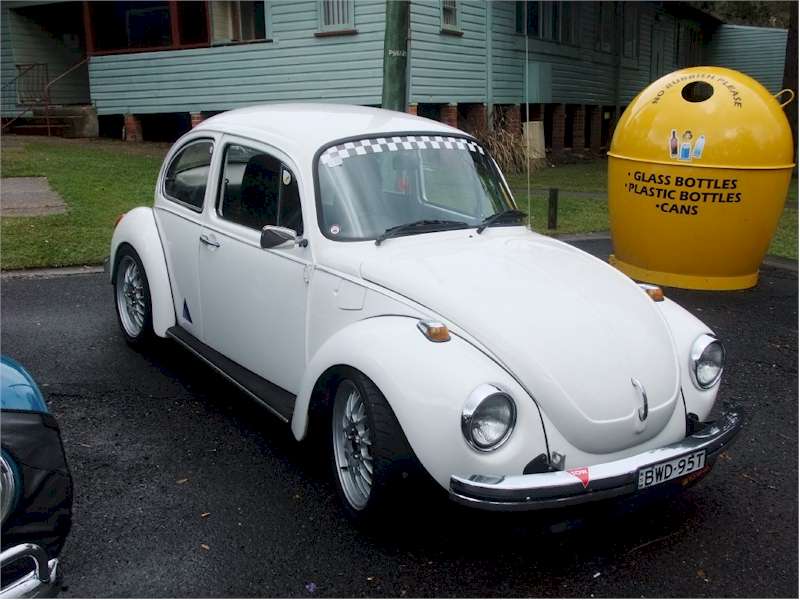 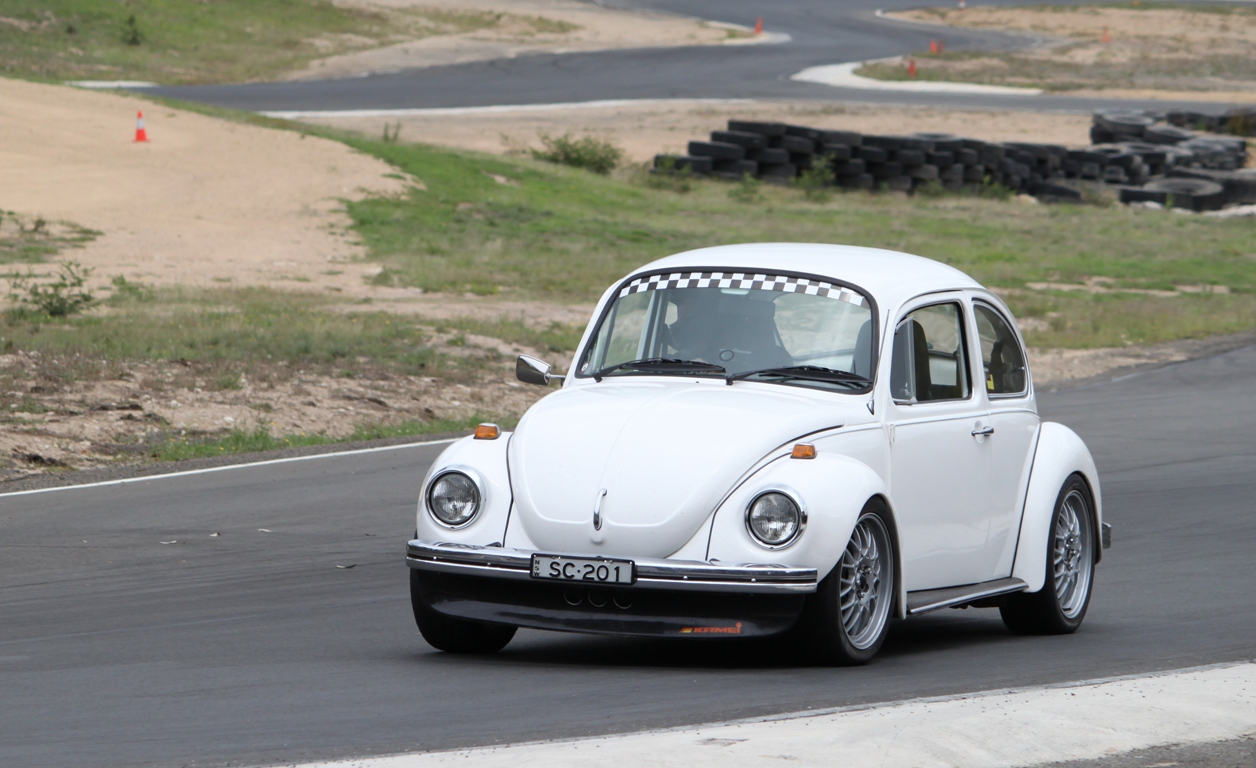 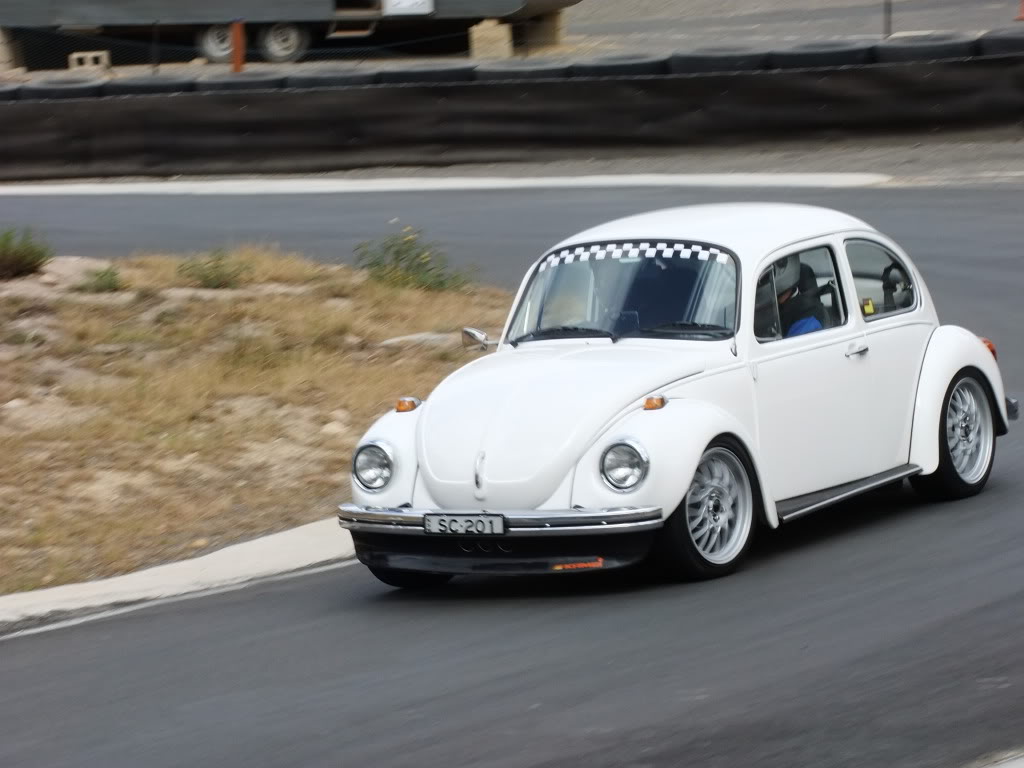 The car is a 1974 Super Beetle strut model, known as the Superbug L in Australia (or 'L-Bug' for short.) It is similar to the German 1303S but ours were made in Australia. The car was painted by Cooltop Smash in Peakhurst in the original factory colour Crystal white. The car is in the German Look style, which is sort of opposite the Cal Look as in its meant to stop and corner as well as go. A front air dam which is a replica Kamei is fitted, optional pop out rear windows are also fitted, and other than that the body is stock.

The front end is lowered with skinny adjustable struts, the front brakes are stock apart from some early Type 3 callipers, these have a slightly bigger piston size than Beetle ones. The whole front end has been treated to Urethane bushes and a strut brace has also been fitted on the front strut tops.

The rear end is from a pre 1986 Porsche 944, this just about bolts straight in with very few modifications, it uses the same 23.5 mm torsion bars as a Type 3 wagon, has adjustable height spring plates and easily adjustable camber & caster and the most important improvement is rear disc brakes, the 944 callipers have been replaced with lightweight Brembo two piston callipers from a Porsche 911 Carrera. A 24 mm Whiteline sway bar is fitted as well. A three bar Kafer Cup bar from Vee Dub Engineering in Canada keeps the back end tied down and mid transmission mount has been fabricated and the bell housing mounts have been swapped to the pre 1972 type.

Wheels are BBS 17x7 with a 55ET from a Subaru Liberty, these wheels are very light. They fitted easily on the front with the skinny struts, on the rear end they went in to far, the 944 rear end was chosen to correct this issue as it pushes the wheels out 25 mm per side. Tyres are 215/45x17 Federal 595RS-R street race tyres.

Of course any P plater needs a good stereo, JVC factory outlet to the rescue here, JVC head unit with IPod dock, 6 inch JVC speakers in the front foot wells, 6x9 JVC speakers in the rear. The back seat has been removed and a timber deck fitted in its place.

Front seats are from a Honda Prelude, a Momo steering wheel and hub is fitted.

Electrically it has a LEDs in the speedo, tacho, oil temperature and pressure gauge, as David is quiet tall he couldnât see the top part of the stock speedo, the stock speedo housing now has a SPA digital speedo fitted where he can see it. A Hella intermittent wiper module is fitted along with an electric windscreen washer pump. A LED interior light from Jaycar is fitted to the stock interior light. Headlights are 7 inch Hella H4 semi sealed beam units with Narva Blue power bulbs, the reverse lights are 55 watt halogen from Phillips.


No wonder I have no money or time to finish my bug.