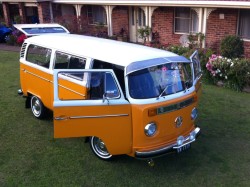 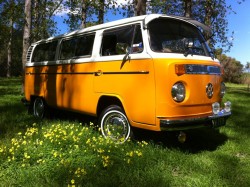 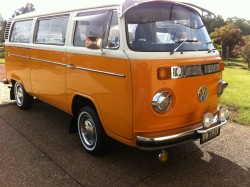 Back then in 1980 the cost of fuel was 32c a litre, a schooner of beer was 53c, the Daily Telegraph was 10c and comprehensive insurance for an 18yr old driving a Kombi was about $665 pa.

But Tony purchased his Microbus in 1980 as second owner with 68,000 km, and despite the number plate the bus is actually a 1978 model. It was his first car and has been a member of the family ever since, and has been seen at many VW events over the last 25 years.

The bus has now done an original 217,000 kms with same engine and transmission. Some paint work has been redone to keep up appearances.

Also some bling has been added to the bus such as chrome air grill, fog lights, eye lids, and tail gate and engine bay locks converted over to chrome. The rest is pure fully imported Deluxe.

The Bus also in the past was featured in the Little Miss Sunshine red carpet premiere at Fox Studios in Sydney, and also recently a Mello Yello ad for Japanese TV. 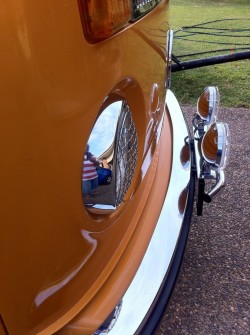 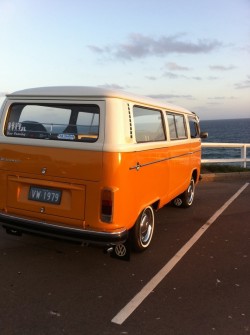 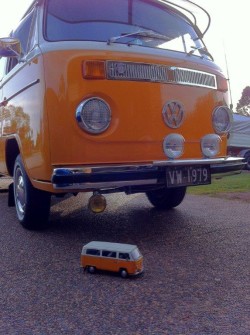