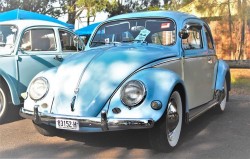 Back in 2011 at the VW Nationals show at Fairfield NSW there was a âfor saleâ area inside the entry gates. I spotted an elderly guy (Brian) who was selling a great looking 1958 Beetle. I looked closer, saw a price of $8000 and told the owner it was too cheap.

âYes mateâ he said. âBut the missus has told me to sell it todayâ was his reply.

My mate Gordon looked it over and said it was a bargain. I told him I donât have the money so he said âIâll go you halvesâ So we agreed and we bought a really nice country car.

It was from Wauchope, near Port Macquarie NSW and had been well restored. That was all Brian knew but he gave me pictures of a serious pull down and restoration. But with no papers, service details etc. it was a gamble.

Brian explained his ownership, was honest and had spent years improving, detailing and replacing with stainless steel bolts, bumpers etc. It was a well cared for car.

Since 2011 I paid Gordon out, and have continued the improvements as follows: 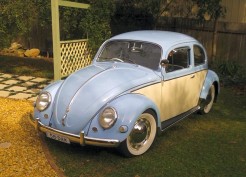 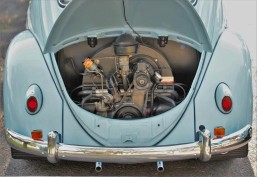 My mechanic identified that the tinware on number 3 cylinder was missing. A call to Boris at Vintage VW secured the missing bits and it was installed.

Special thanks to Boris and Michael ( Mobile Mechanic) who have made this car a reliable and fun show car and sunny day Sunday driver ( but no seatbelts so the wife wont travel with me! ) 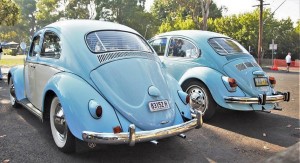